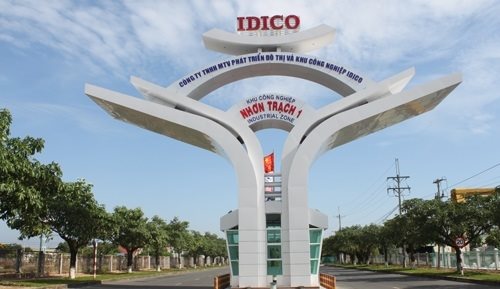 TheLEADERVietnam Urban and Industrial Zone Development Investment Corporation (IDICO) which is investing in 13 industrial parks nationwide will sell a maximum of 45% stake to strategic investors.

Founded in 2000, IDICO’s principal activity is to invest and trade industrial and transportation infrastructure. In addition, the company also involved in housing development business, production as well as business of electricity and construction.

The company has invested in the development of 13 industrial parks with a total area of 5,900 hectares and total investment of more than VND13 trillion (more than US$572 million) in Dong Nai, Ba Ria – Vung Tau, Long An, Vinh Phuc, Bac Ninh, Binh Thuan, Hanoi, Thai Binh, etc.

IDICO also invests in 4 hydropower plants with a total capacity of 322 MW. However, the company has recently transferred a majority stake in two projects in Dak Mi 4 and Dak Mi 4C of Quang Nam province.

In the field of transport infrastructure, the company has invested in 6 BOT (Build-Operate-Transfer) projects and invested in the construction of coastal road through Hai Phong city and 9 km of Thai Binh province in the form of Public Private Partnership (PPP).

In the field of real estate, IDICO is also implementing six major projects in HCMC, Dong Nai and Long An province.

The company plans to sell 45% stake to strategic investors. According to the board of directors, there are 12 investors proposing to cooperate with the company, of which 3 partners have deposited shares.

Copyright 2018 TRADECO CONSTRUCTION - All Rights Reserved
Back To Top